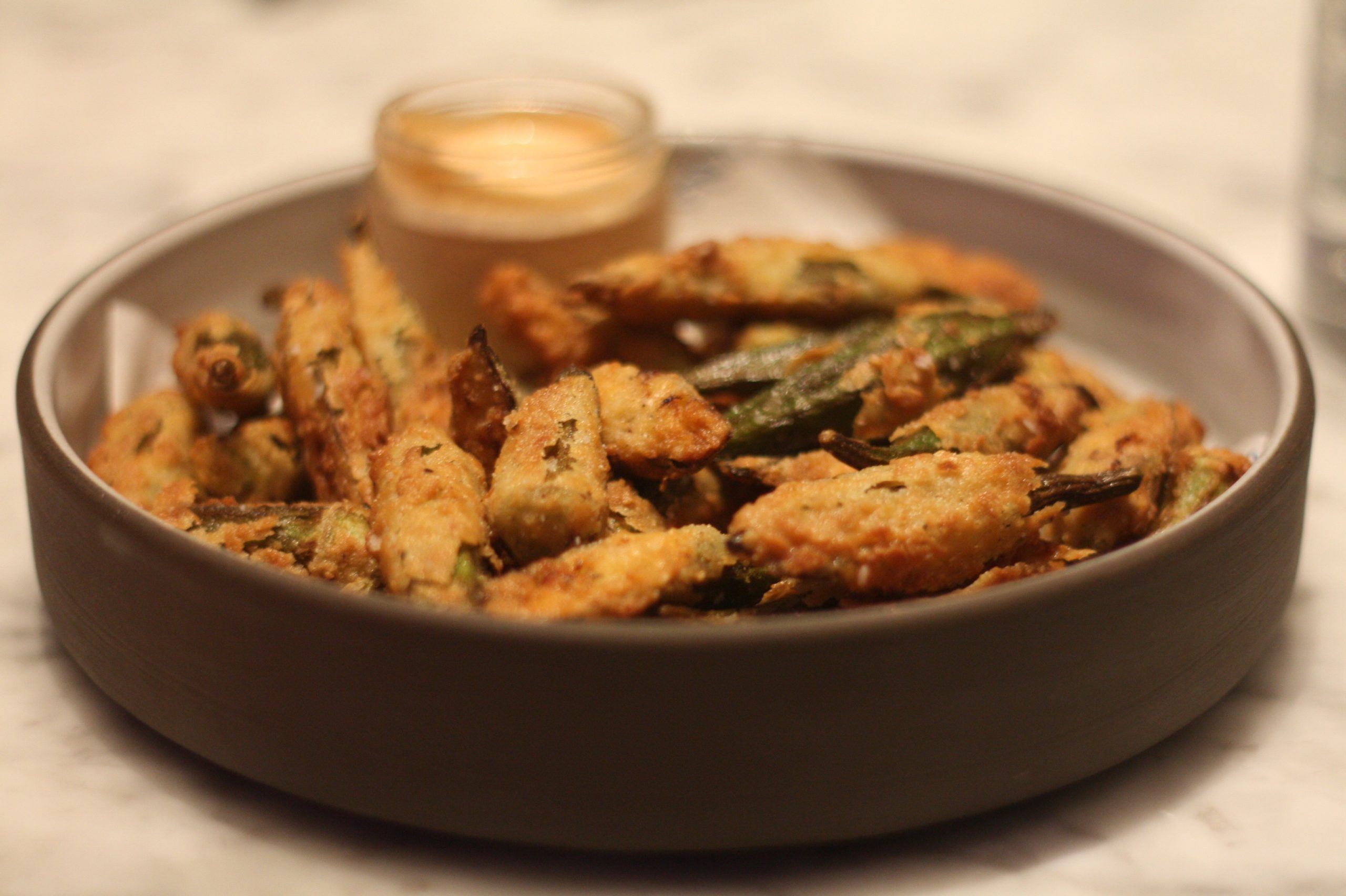 High style doesn’t mean constantly wearing a tuxedo, as I learned the hard way at a Denny’s recently. To paraphrase the Patron Saint of #StylishEats, Steven Giles, style means being dressed to the occasion and, in some cases, transcending it.

Which is why we’re exploring a new, but no-less-stylish, spot at The Jones Assembly.

You won’t find a lot of double-breasted three-piece suits, but it’s not at all uncommon to find guests in cocktail dresses and sports coats, whether they’re there to dine or enjoy live music.

I was lucky enough to catch Spoon playing there last year and a quick look around the room had me rethinking my concert gear (it was a tuxedo again). What I’m saying is, if you like seeing and being seen, The Jones Assembly is a prime spot.

That said, one thing I love about The Jones is there is substance beyond the style. It’s not just a posh venue/restaurant/bar. Everything looks amazing on the surface and then when you dig in, you’ll find that everything remains amazing. The food, the service, the insanely creative cocktail menu: it’s all clicking.

And that’s why you see well-dressed people at The Jones–they’re seeking a dining experience that’s just as dialed in as their wardrobes are.

Fried okra is not for everybody because idiots exist. Sorry, folks. If you don’t like fried okra, there is something wrong with you and I’m afraid prayer might not be the answer. And I don’t care if it’s fried after being poured from a frozen bag of okra, either. Fried okra is good. Full stop.

Which isn’t to say all okras are created equal. Some places do it better than others (cough cough Back Door BBQ cough Lip Smackers cough) and The Jones is one of those places. The chefs here fry whole mini okra in a thin, crispy cornmeal batter and serve dozens of them up alongside some Jones Sauce, which is…pink. Kind of tangy. I’m not 100 percent sure what it is I ate, now that I think of it, and I’m 100 percent okay with it, given the results.

Right alongside fried okra are deviled eggs ($9), which it’s only acceptable to avoid if you’re allergic to eggs and/or vegan. And even the vegan thing is kind of a stretch here. I actually got these for lunch one day and sat near a table of people who just stared at me with envy in their hearts as I plowed through an entire order.

Deviled eggs aren’t hard to make, nor are they hard to make well. They are, however, a complete pain. You need set whites and creamy yolks and lots of stuff to punch up the flavor when you mix it into the yolks. They cannot be slimy. The whites cannot be cracked. The yolks cannot be crumbly. These are the platonic ideal of deviled eggs, with lots of dill and a pop of pickled red onion. Eat them and rejoice.

Just when you’re feeling safe, they bring out the octopus ($16). I have had good and bad octopus in my time, but I’ve never had it like they do at The Jones, where it’s almost served like buffalo wings in a lovely Thai chili glaze in a bowl with a citrus-y, minty labneh sauce (it’s like Greek cream cheese).

The texture is firm, with a little chew, but it’s not like eating jerky. I love it. I’m sure they could do it with some other protein than octopus, but why mess with a winner?

Now, let’s turn around and ignore everything I just said, because The Jones loves messing with a winner. The Hot Rod pizza ($16), for instance, is completely insane. It starts off like a slightly spicy meat-lover’s pie before getting straight up weird.

Don’t expect an insurmountable mountain of heat. The onions and the honey keep things from falling over the edge into parody. Everything else, weird as it sounds, just works. I think you should crush the chicharones and sprinkle them all over the pizza to ensure you get a little in every bite. The crust is chewy. The sauce is sizzling. All of the cheese and meats and honey…it’s a cacophony of flavors that somehow work together. I love it.

Cacio e pepe is $12 and you get an enormous bowl of it and I work HARD not to order it every single time.

Maybe you like spaghetti (get the sugo for $18) or maybe you like fettuccine alfredo, but when it comes to classic Italian dishes, you just can’t beat cacio e pepe, which literally translates to cheese and pepper. It’s an ultra simple dish that is ultra satisfying. I love the cacio at The Pritchard and Patrono and now at The Jones. Much like pho, I’m sure we could discuss whose is better until we’re ready for another bowl of pasta covered in cheese, but I’m pretty happy just enjoying all of them.

For an all-out assault on your taste buds, in the best possible way, nobody expects the Spanish Inquisi– oh, sorry, I mean the Spanish creamed corn ($8). It’s sweet corn in a lovely sauce of spicy paprika and piquillo pepper and it’s got a pop to it you won’t believe. The tart piquillo is a good balance with the mild sweetness of the corn and it allows the smoky heat of the paprika to crawl across your tongue. Texturally and flavor-wise, it’s one you must try.

Shoutout to Chef Kevin Lee, who you might remember from being on TV and opening Gogi Go and being executive chef at Vast, etc. etc. No big deal. He’s, like, a pretty okay cook.

Anywho, Lee recently became culinary director of The Social Order (the restaurant group that owns The Jones) and our server clued us in on the changes he’d made to the scallops ($26), which were divine. Big, juicy, firm, clean as a whistle and seared to perfection over a cauliflower puree that was loaded with buttery goodness and paired with seared Brussels sprouts. You get one of these, Kev:

And if you’re someone who enjoys the occasional alcoholic beverage (or just excellent puns) the Juice Box Hero tastes wonderful and it’s served in a juice box and I love it. I couldn’t handle more than one, but I loved it. Roasted apples, fall spices and dark rum? There’s nothing there that isn’t wonderful.

And that’s more and more how I’m feeling about The Jones Assembly. This restaurant is a great place to people watch and be watched by people, but even if you’re a shy and retiring type like me, the food is good enough to coax even curmudgeons like us into the open.