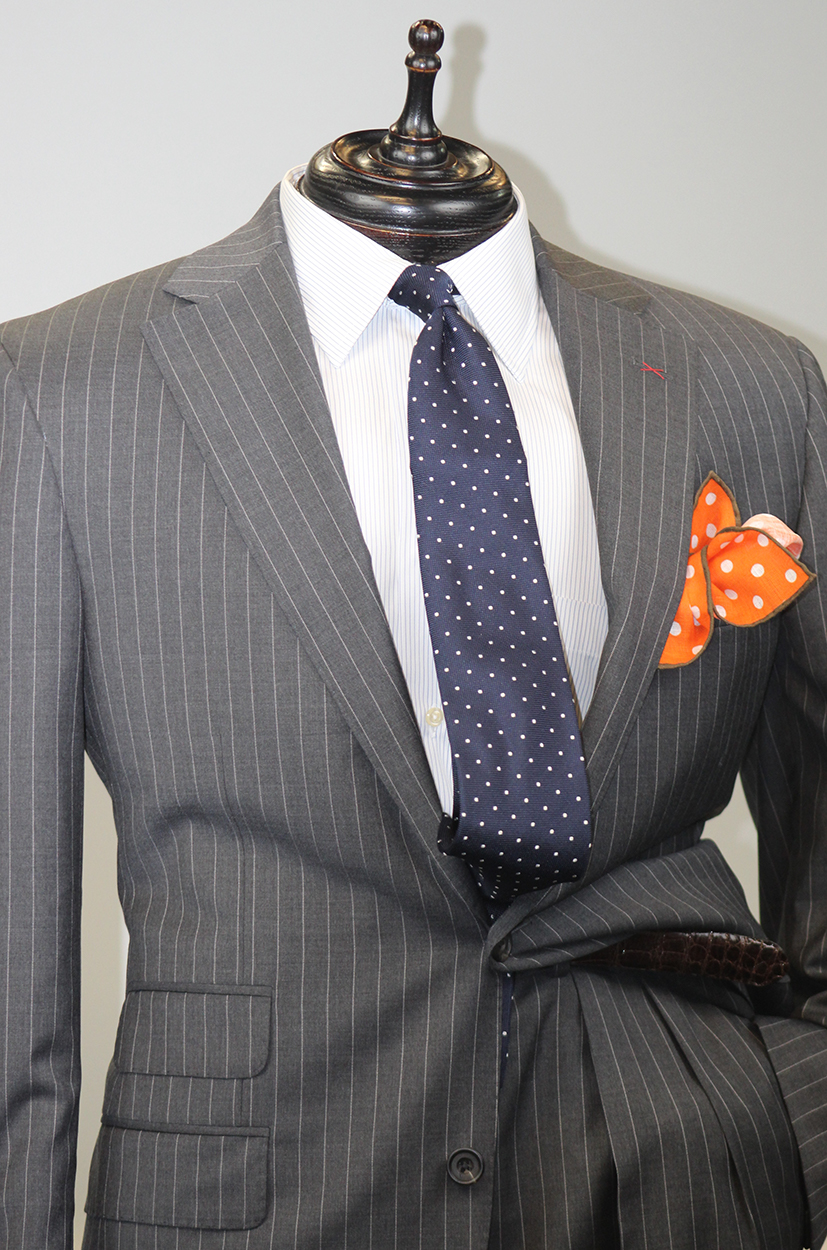 The good news is to dress well anyone with polite awareness, common sense and some effort can escape fashion scorn.  The bad news, dressing well is to go beyond, and does require much familiarity with sartorial influences.  But not difficult, dressing well is an acquired skill honed with practice.  Foundational,  understanding design elements and their unique relationships to each other; color at least an elementary understanding for most of us, texture a bit esoteric, understanding pattern mixing, a must. Style sophistication is inherently no more appealing with multiple patterns than dress of a simple elegance, but dressing would become rather boring without no pattern introduction.

So, here we go, first, the history.  As with most enduring styles of today the Prince of Wales introduced America to a casual elegance identified mostly by his affinity for mixing an array of checks, stripes plaids and royal prints.  Having acquired his fashion aplomb as relief from the stiff, formal fastidious dress of royal attire.  And, preferring to spend considerable time with the English aristocracy on their country estates.  The dress of the day reflecting an outdoor lifestyle.  Royal hunting lodges and estates introducing a culture of fabrics, tartans, tweeds, plaids, argyles, and district checks worn by the hosts and guest in an affected but deliberately casual elegance.

First, articles of clothing we will harmonize by the mixing of patterns.  Our canvas begins with our jacket (the trouser, with few exceptions is subordinated to a silent complimentary roll), then the furnishings and accessories we choose to compliment the jacket thereafter.  The most common composition in the mixing of pattern apparel has always been the suit, dress shirt and necktie.  And for the enthusiast a pocket square and socks should not be forgotten in the ensemble.  Today with the necktie reduced in its prominence, the odd jacket, sport shirt composition, with the enthusiast never without the natty  detail of a pocket square, most common.

You may have noted, the trouser seems to be an afterthought. No, only in need of some clarity. The trouser, should it be the patterned mate of a suit jacket, would have a roll in our composition, and the pattern sock applicable to the rules of design to follow.  Similarly, an odd trouser of a pattern design and the pairing of pattern socks.  Or an odd trouser with no pattern paired with a sock in a bolder either color, pattern, or both.  Mindful of all the design rules to follow, most pattern mistakes are made with socks and easily corrupt all your efforts.  Finally, not an absolute, but may I suggest no pattern mixing for the trouser and shirt.

To simplify the art of pattern mixing let us begin with the most forgiving, other than solids of course, the easiest patterns to understand, mixing two stripes.  Always vary the scale of the patterns…one being noticeably different from the other.  An example, the suit Jacket a wider space, the dress shirt a narrower space, and if you choose a stripe for the necktie, bolder.  Of the three never similar spacing or design.

Next, mixing checks and plaids each requiring a bit more understanding and thought.  While stripes are designs naturally compatible , checks paired together and plaids paired together, well, let us just not risk.  However, checks paired with plaids, a sartorial favorite.  And, a reminder of scale mentioned above, perhaps even more important in this mix.  We should also introduce at this time the importance of color compatibility.  While contrasting color (two different colors together) can be appealing and most interesting, rather than harmony, please know, the possibility of discord as well.  Again, the risk exceeds the reward…a more conservative tonal color choice wins the day when mixing checks and plaids.

Further, exceptions and contradictions are both found when mixing two different patterns (stripes, checks, plaids etc.).  While varying scale differentiates two like patterns, similar scale must be used to harmonize unlike patterns.  Considering our canvas, a bold design paired with an unlike pattern should be paired with a bold design of equal scale.  Also, helpful to the harmony are the colors chosen, preferably reflecting a color continuity.  However, a contradiction, two unlike small patterns paired, are once again in need of varying scale, and the colors chosen also to reflect a color continuity.

Finally, the challenge of mixing three patterns.  Truly a risk reward proposition…successful, and your best dressed in the room.  Essential to your success, is all three patterns must differ.  To harmonize, the scale should be similar for each pattern, complimented with a color continuity.

Enjoy some time in study.  Develop a working knowledge of fashion, practice, it is fun, it is rewarding.  Dress well.