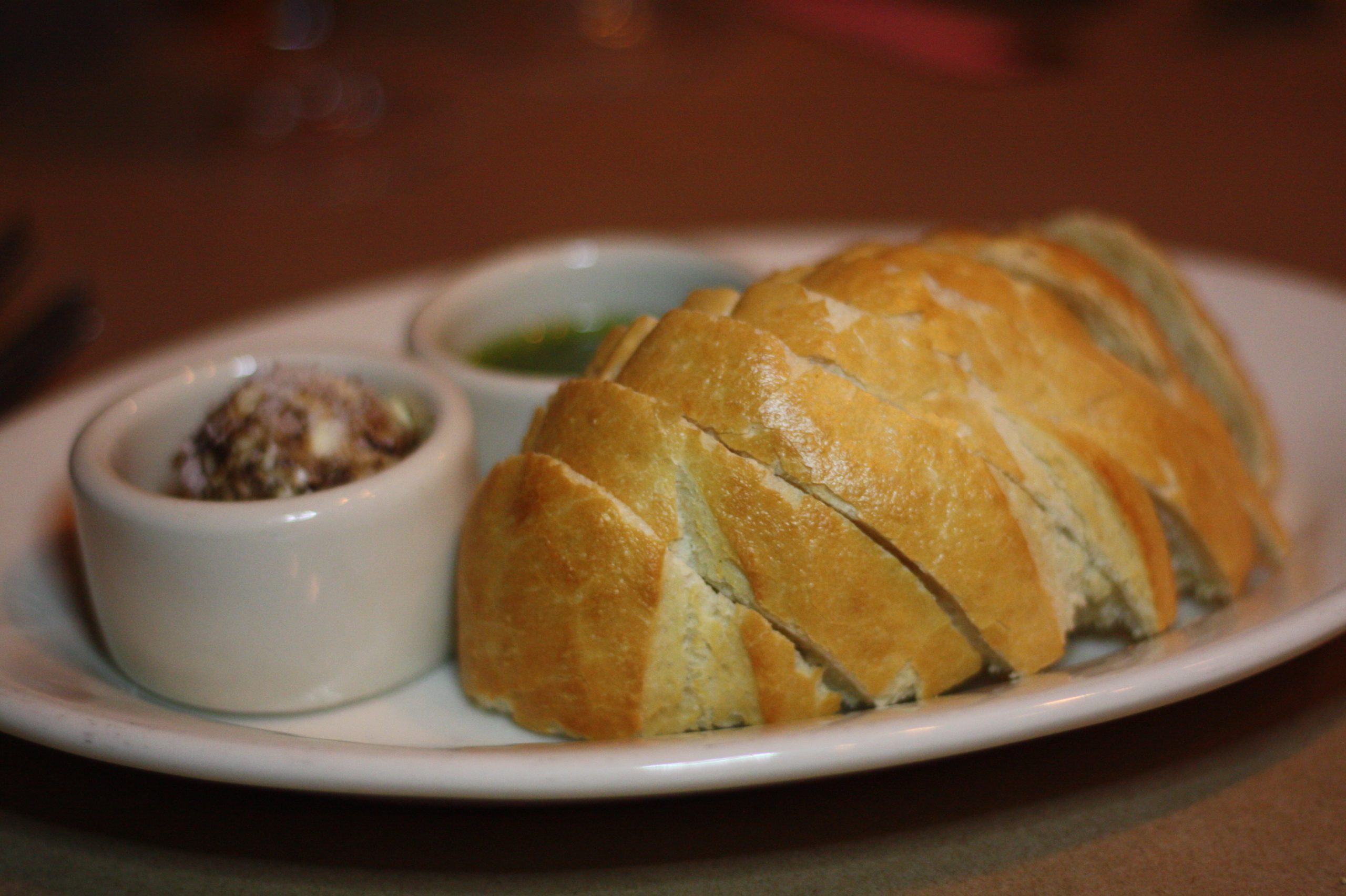 Patrono is my kind of fancy.

There used to be an Italian restaurant in Edmond and it was opulent. It was also empty a lot of the time and the food was…ehn…so it didn’t stick around. But remembered walking in there and immediately feeling like no matter what I was wearing, it wasn’t right.

Some upscale eateries are about the spectacle, and that’s great. Like, you don’t go to Vast without looking out the windows. And if the food is just as spectacular, all the better.

But there’s also a kind of understated, intimate fanciness that makes me feel at home. Sometimes, that means lights a bit dimmer and a dining room that’s a little smaller. Music that inspires you to listen and have quiet conversations. Tucked away just around the corner from the Oklahoma City Museum of Art, Patrono is that kind of place.

And maybe it’s just me, but Italian food seems better suited to little bistros like this than to grand dining rooms.

While it’s not primarily a special occasion spot, Patrono is a good spot for a special occasion. So when my friends wanted to celebrate a birthday recently, we happily piled into a booth and began greedily drinking in chef Jonathan Krell’s exquisite menu.

Krell has been #Krellinit at Patrono for more than a year now, taking over from the original chef and transforming it with his own vision for high-end Italian food.

I’d met him a few times over the years, but my real introduction to his culinary genius was at Design Appetit in 2017. I had the dream job for a fat kid, getting to judge all the dishes, and in a year filled with ringers, it was Krell’s food (with my spiritual guru Scotty Irani as his sous chef) that blew us away.

That’s why I’ve been slightly baffled by the lack of buzz surrounding Patrono. Those who have been rave about it, but it’s still under the radar for most Oklahoma Citianiters. And if you’re a foodie who grumps about how fake Olive Garden is, Patrono ought to be your panacea.

If the menu showed up and it only listed the appetizers, I’d probably be just fine. It’s hard to express how delightful the beef carpaccio ($12) is without simply resorting to a series of near-pornographic moaning. The beef is sliced so very thinly and comes with dots of garlic aioli connected by drizzles of olive oil and bits of microgreens.

Pull at a piece and watch as it shreds itself before you load it onto your fork. This barely requires chewing. I’m fairly certain the moaning alone is enough to extract the flavor from this dish.

Even simpler, and all the more daring for it, are the white Sicilian anchovies ($5). Literally it’s a plate of white anchovy filets with just a bit of olive oil. Not that the anchovies need the lubrication — they’re deliciously oily little fish — but the green notes of the olive oil bounce off the subtle flavor of the fish in wonderful ways. I could shovel all five in my mouth at once, but this is an appetizer for savoring.

Suppli al telefono ($8) are semolina-crusted balls of fried risotto, stuffed with a core of molten Provolone and served with a roasted red pepper pomodoro sauce. Oh, heavens. Everything works in such concert that it’s difficult to parse the experience. The crust has bite, but it’s quite tender, giving way to creamy risotto and even creamier cheese. All that richness is cut by the pomodoro, which has a spicy vegetal taste with a touch of smoky sweetness. You might plan to share these, but it’ll be hard if you taste one first.

Speaking of decadence, you’ll be hard-pressed to find a dish that embraces its over-the-top nature more than the carbonara. The bucatini noodles are served with gorgeous pieces of guanciale — a cured meat, kind of like bacon, but made from the pig’s jowls — which had my head reeling. The chew of the meat pairs with the pop of fresh peas and the creaminess of a whole egg yolk waiting to be stirred into a rich sauce with Parmigiano-Reggiano cheese.

This is coma food. Like, you eat this and you just want to fall asleep and dream about eating it again.

The birthday girl ordered spaghetti ($20), which may seem like an odd choice, but a) it was her birthday and b) spaghetti is a standard dish for a reason.

Perfectly al dente noodles are tossed with a rich tomato basil sauce with house-made meatballs and dollops of ricotta and slivers of fresh basil on top. This is the platonic ideal of spaghetti and meatballs. For a few bucks more, they’ll add Italian sausage to the mix, as well, but that might be overkill.

My dinner was just one long gigglefest, because not only did the concept of braised rabbit over a carrot risotto ($29) have me tickled, but the reality of the dish was even better than I’d imagined.

Never underestimate a playful chef. Krell’s pairing of rabbit and carrot (along with mustard greens and a garlic dulce de leche) is a silly garden pun, but his culinary ability turned the joke into a legit powerhouse dish.

The rabbit comes as both a braised leg and thigh and as a piece of rabbit sausage, showing the versatility of the animal. While the sausage was savory, the braised leg and thigh (yes, there are tiny bones, so be careful) had a subtle sweetness to them that I found entirely enchanting. The carrot risotto was creamy, but still had some of the carrot’s sweet crunch — not entirely unlike a traditional risotto — and the garlic and greens added spice and a hint of bitterness that tied everything together.

I’m not positive, but I’m pretty sure I remember giving this dish an honest-to-god slow clap as I ate it.

The desserts change frequently, but I had a butterscotch budino that I wish was forever on the menu. It’s like a super-rich pudding topped with whipped cream and cookie crumbles. I might have started moaning again.

Patrono is the real deal. OKC has plenty of great Italian options now, thank goodness, but Patrono pairs that sensibility with the kinds chef-driven dishes you’ll find at some of the city’s better-known eateries. It’s been an under-the-radar hit for a while now. Time for it to be on a lot more of your radars going forward.