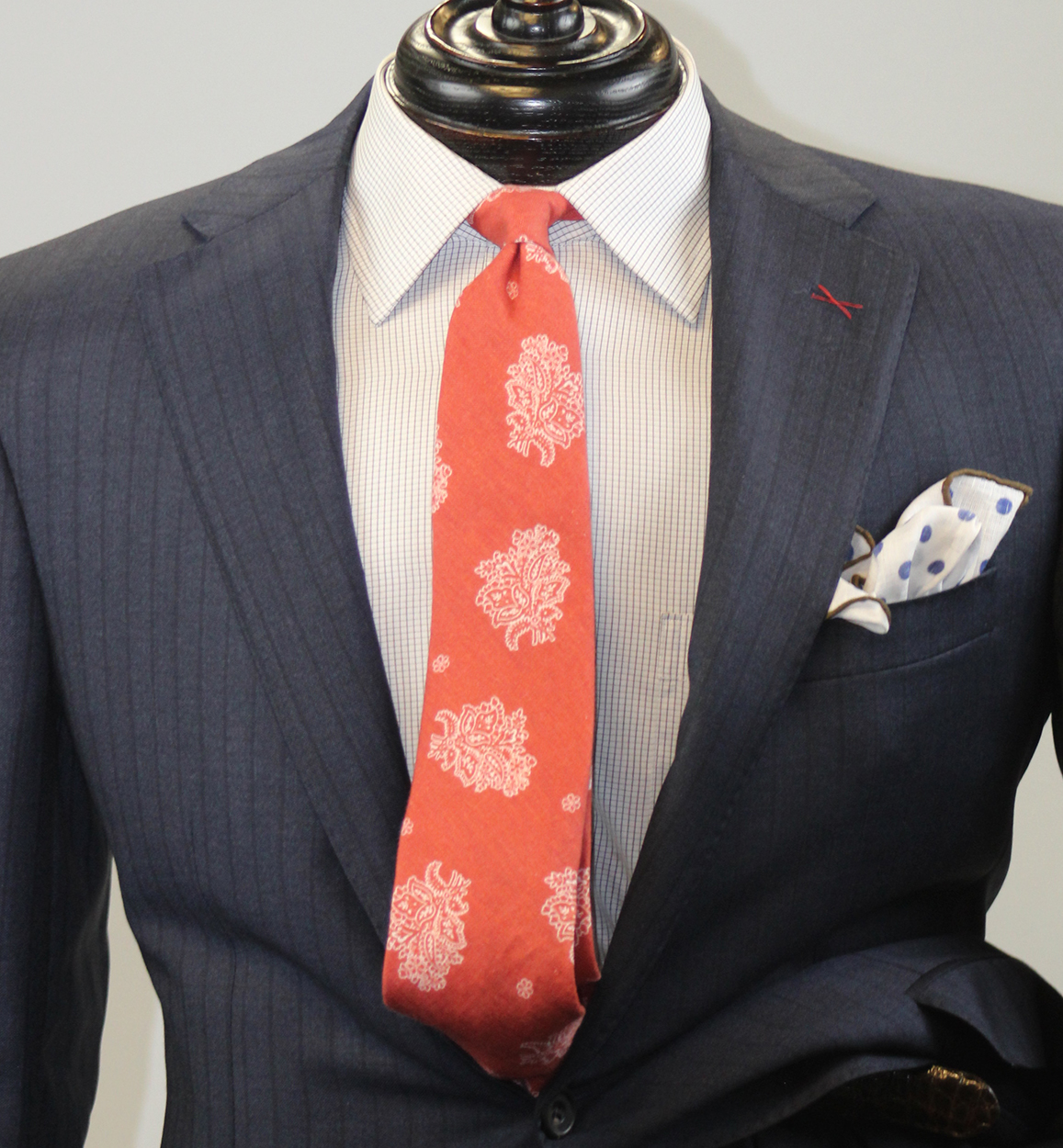 Suits, in the beginning thought to originate from the seventeenth century.  A costume nightmare of long coats, waistcoats, cravats, breeches, stockings and of course wigs.  Legend or fact, before re-ascending the throne, King Charles while exiled to European travels was impressed by the various Courts of Europe, particularly the Parisian’s and their dressing splendor.  By decree King Charles is said to have set executive standards of dress.  Thus, assumed either by the decree or influence of the Kings dress, also the British Court’s fashion of the day.

Beau Brummell, a nineteenth century cosmopolitan fellow by nature, rejected the fuss of dressing in favor of a simpler elegance, designing a fitted two-piece ensemble, jacket and trousers of matching fabrics (todays suit).  Absent nobility, yet an original dandy, and somehow a mover and shaker of nineteenth century English court life,  could not help, but  to be noticed by society’s elite.  His appealing style, befriended by the Prince (who would become King George 1V), understood the look as an understated statement of confidence and standing.  A statement in which resonates as well today.

From these prehistory beginnings American colonist certainly aware of the fashion, continued to be influenced by a more evolved European society.  As such the Beau Brummell creation of what was known as a lounge suit, a casual garment for the elite and dressed-up for the working class soon became a symbol of American establishment.  Easy to wear, the suit offered a polished and professional appearance to all.  The suit today, generally consider worn as an expression of more serious intentions and respect for one’s workplace or host.  An elevated level of dress, second only to evening formal (Tuxedo) or State Affairs (Tails).

However, changes in the form of the suit have been many.  To be sure the fashion industry, has on occasion made mistakes in suit design (we will address this another time), but more often changes in suit design represent the cultural sensibilities of the day: the industrial age, the roaring twenties, the golden age of cinema, the war years, 50’s conformity, the last impactful design changes 80’s materialism, the dressing down plague, and the costumed new millennium…super skinny 60’s rocker style, Thom Browne’s Pee-Wee Herman tribute, Mad Men cloning, the introduction of the elegance of Northern Italy (thank goodness), and the overzealous personal style extending  competition to off the floor.  Changes today, more subtle…the current prevailing trend, like it or not a tighter fitting suit.  That too will likely change.

But rest assured despite the threats from fashion and a continuing dressing down plague, the strength and commanding presence of this iconic fashion endures.  Welcome to the social contract by which we all should understand, not obligated, but unwritten rules for dress that quite simply offer a bit more joy to life.  Never underestimate the power of what you wear.  It pays to dress well.