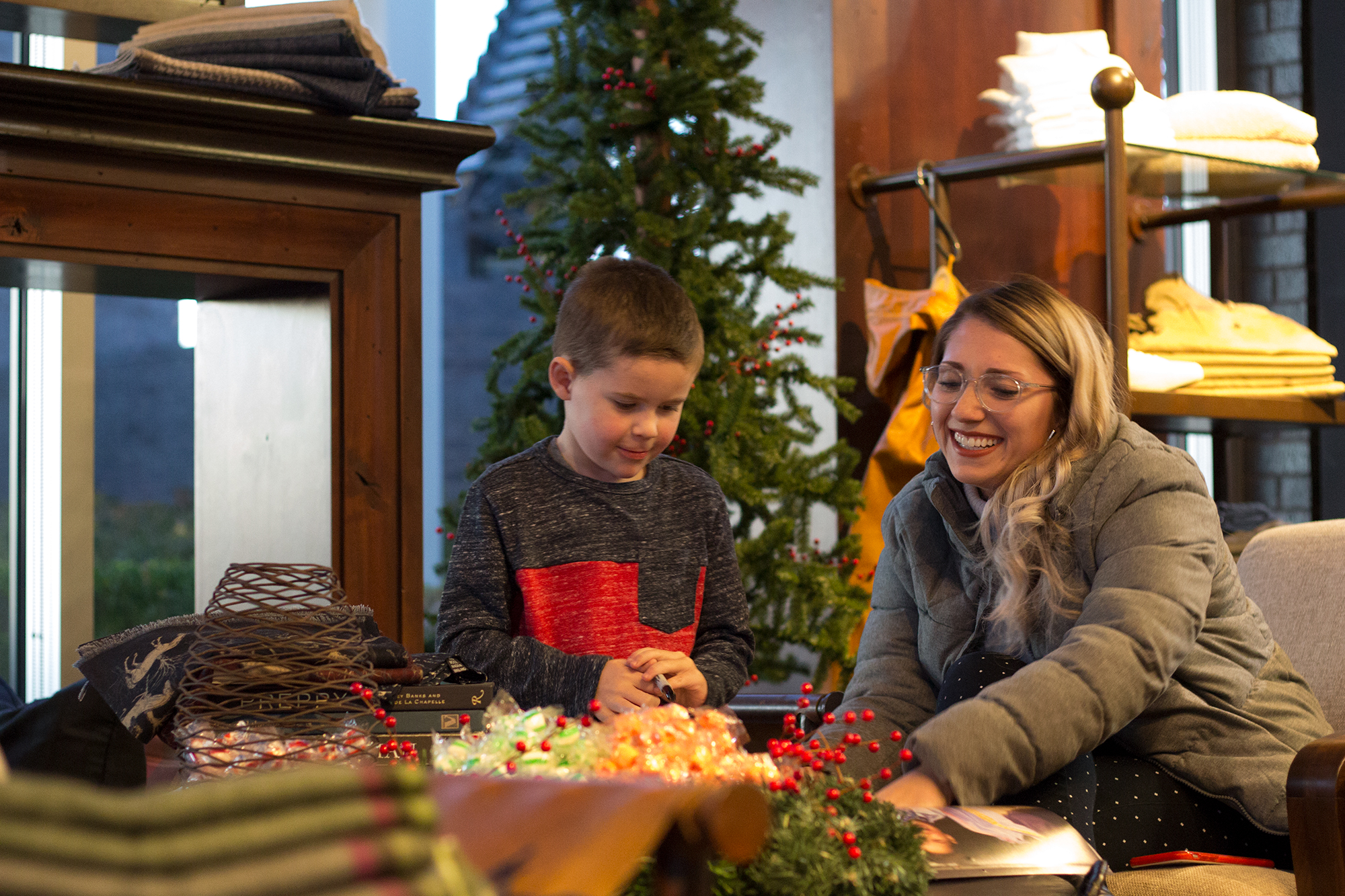 We had so much fun hosting Garrett and friends for the Classen Curve Holiday Party! At 12 months old, Garrett attended his one year check at which his pediatrician notice he wasn’t gaining weight at the pace he should. Chest X-rays were taken, bloodwork was done and a follow-up appoinment was scheduled. However, Garrett became severly ill before the appointment. A trip to an after hours clinic sent him to Children’s Hospital were Garrett was diagnosed with Hirshsprung’s Disease. His colon was completely blocked and he required immediate surgery. Garrett continues to work with Dr. Robert Letton to conquer his disease. Garrett enjoys playing basketball and going to the park. When he grows up he wants to be Rumble the Bison.

Thank you to everyone who came out to make this a special evening. We would like to extend a secial thank you to John Marshall High School & Quail Creek Elementary who provided the night with Christmas music!