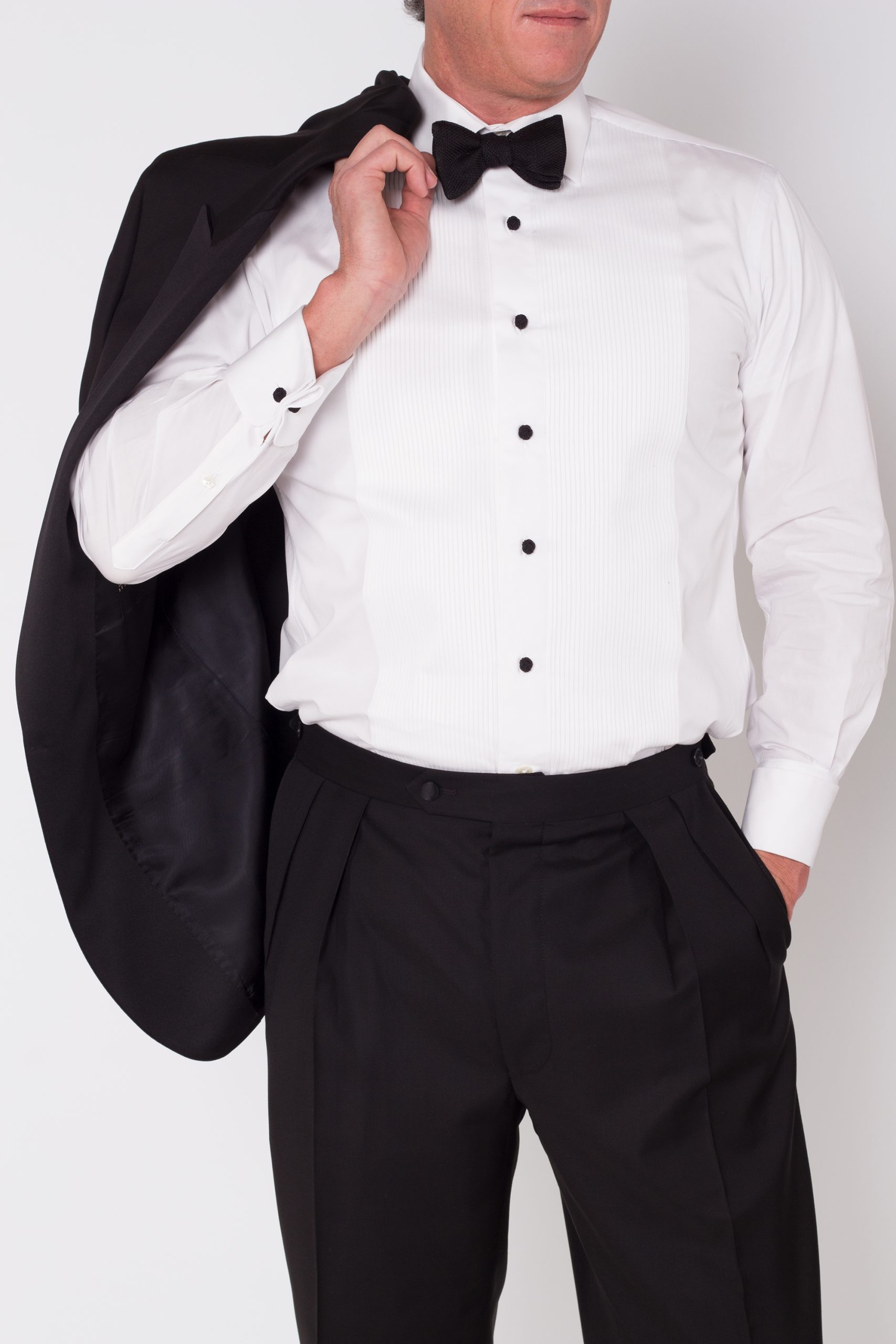 Imagine an island surrounded on all sides by high cliffs. It could be a utopia, but for the lack of fences around the edge. Would the people roam freely or would they stay huddled in the center of the island, fearful of the fall awaiting anyone who roams too close to the edge? But put up barriers that lie between the people and the dangerous border–and watch them move unfettered within the island’s boundaries.

In a way, the same is true of fashion. There are rules, not to stifle creativity and individuality, but to allow a freedom within those ideas. We are not here to impose rules, but to recognize them and find our own style inside them.

It is not daring to show up to a black tie affair in something besides a tuxedo–it’s disrespectful. Wearing a tuxedo to a black-tie affair is a token of respect for the host and the event. Finding the right fit and fashion for your tuxedo–that’s something in which we can help. 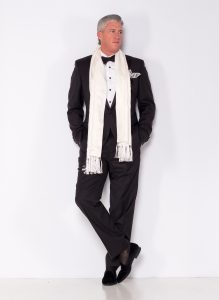 Tuxedos are typically black or midnight blue and commonly worn with a formal shirt, shoes and other accessories, such as studs, cufflinks,  or vest.

Tuxedos weren’t always the pinnacle of formalwear. In fact, tailcoats and full morning dress were the most common ways for a gentleman to dress up before the late 19th century when more casual, modern tuxedos were introduced. Not surprisingly, the tuxedo as we know it today originated with the British Royal Family.In 1865, Edward VII (then the Prince of Wales) removed the tails from his tailcoat and introduced the “dinner jacket” – something that could be worn at the dinner table and was less formal than tails. In 1886, The Prince of Wales sent James Brown Potter (an American millionaire) to be fitted for his new jacket style. Potter debuted the look at the Autumn Ball in Tuxedo Park, New York.

Special occasions that require a tuxedo may be few and far between, but if you think you’ll have a reason to wear a tux at least two times a year, you’re probably better off buying. Renting is great when you need an outift for a really specific occasion-like a wedding- and you’re not going to wear it again, but if you attend regular formal events or have friends’ and family members’ weddings coming up, buying a tuxedo can be an investment for the future that you’ll get use out offor years to come.

Look for our next post later this month on how to buy a tux!