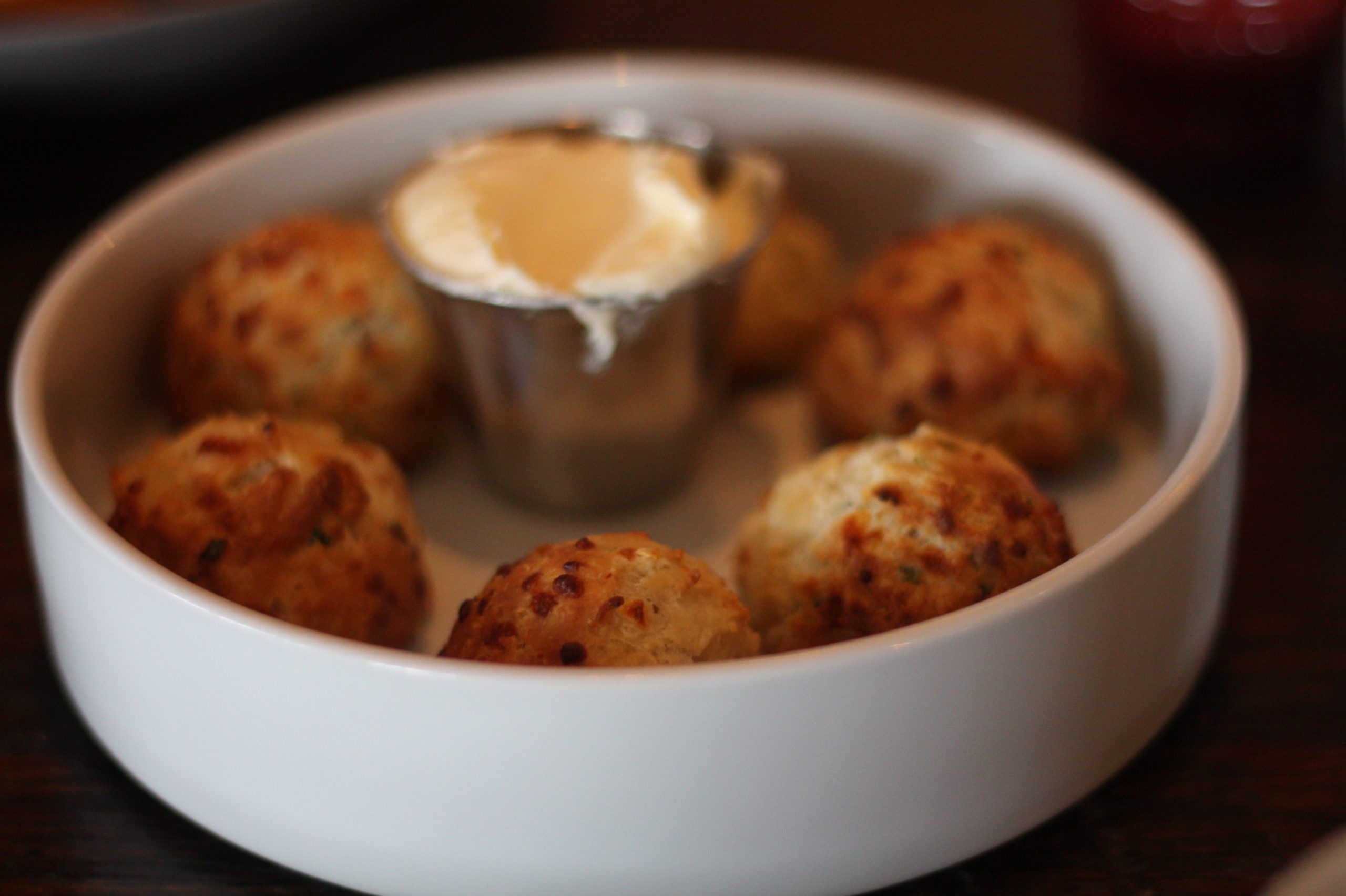 On a blustery Sunday morning in Nichols Hills, I sat in my car listening to podcasts and watching as couples who were bundled up against the wind approached the locked door to The Hutch on Avondale returned, chastened, to their vehicles to wait for 11 a.m. to roll around.

The wait for an 11 a.m. brunch is a struggle, regardless of where you are, but it’s especially hard to deal with the hunger pangs that precede a meal at The Hutch, because you just know it’s going to be worth it.

Executive Chef David Henry isn’t the household name in Oklahoma City that he deserves to be. While several of the state’s best chefs passed through the kitchen at The Coach House, home to The Coach House Apprenticeship Program, it was Henry who became the full-time head of the kitchen.

When the owners decided to close the restaurant in 2016, they weren’t about to lose Henry. He worked doing pop-up dinners while the old building underwent renovations and rebranding, emerging later that year as The Hutch on Avondale.

Even now, customers in the restaurant still talk about The Coach House, which is completely understandable. But as Western Concepts culinary director Kurt Fleischfresser said at the time, it’s not like the dedication to fine food and creative presentations was going away. Rather, reborn as The Hutch, Henry’s skilled palate would be on display for a larger audience who aren’t quite so cowed by The Coach House’s high-end reputation. And don’t fool yourself—some folks gave that storied establishment a wide berth because they simply didn’t feel like an occasion was special enough to book a table. That’s how good restaurants die.

Brunch is far from the only meal at The Hutch, and I highly recommend you visit them for lunch and dinner sometime. But if you’re looking for a meal worthy of your Sunday best, brunch is where it’s at.

Let me tell you a love story, if I may, about a young man who had a forbidden desire. Each time he visited a restaurant, his eyes would lock lustily on that unknowable and forever out-of-reach section of the menu…

Oh, how his heart yearned to know the seductive touch of a shrimp cocktail or the loving embrace of a bowl of guacamole. But it was not meant to be. Like Montagues and Capulets, his parents could not accept his love for appetizers.

“Just eat chips and salsa,” they said. And he did. But his thoughts never strayed far from those forbidden apps.

And that young man…was Richard Nixon.

It also sounds like me, as well, because I love some appetizers. And there are only two on The Hutch’s brunch menu, so I got them both.

Pancake fritters ($10) are a plate of tiny dutch baby pancakes served with luscious lemon curd and ripe berries. They look cute, but I took a bite and just straight up cursed (Sorry nearby tables!) because I wasn’t ready for that jelly. The pancakes were light as air and that lemon curd was so smooth I think it took my wallet.

I made my friends try them next and they also started up with the salty sailor talk. Maybe I just need better friends…

No, that can’t be it, because Kevin said, “We should get the white cheddar and chive biscuits ($6), too.”

And I said, “How did you make that parenthetical show up when you talked?” but he wasn’t listening. He was eating one of the finest little biscuits known to man.

You get six mini biscuits and some honey butter and, sorry, but you should throw that honey butter away. It’s not bad. Not at all. But the sweetness of the butter is a distraction from the savory, tangy, magical flavor of the biscuits. Maybe regular whipped butter would be better, but these don’t actually need anything else to make them perfect. Just…wow. WOW. I could eat several dozen of those in a sitting and David Henry knows it. It’s part of his genius plan to take my millions of dollars I earned running a food blog.

Kevin ordered the breakfast burrito ($15) for his entree and this is one of those times when I am legitimately floored with how well a great chef can elevate an already wonderful dish.

I love breakfast burritos. I wish I could pour them out of a box into a bowl every morning. And a mix of scrambled eggs, sausage and cheese with a little salsa is all I need. But The Hutch’s version was just better.

It’s huge, for one. Inside are eggs scrambled with white cheddar and onions—scrambled to creamy perfections, btw—and served with beef tenderloin and potatoes inside a tortilla, then topped with fresh picante. It’s a knife-and-fork burrito, but even the steak was cooked just right. This kind of care isn’t what most of us are used to in a dish seemingly designed to be eaten while you’re driving to work.

Because I’m a fancy lady, I ordered the eggs benedict ($16).

I know, okay? I know that eggs benny are played out. There are too many benedicts and we’re all supposed to be over it and onto whatever the new breakfast thing is. But, again, this is David Henry’s eggs benedict.

Perfectly poached eggs. PERFECT. Whites set. Yolks oozing out. A base of crisp english muffin topped with really real ham. Smoked ham. Like ham jerky, but more tender. A hollandaise sauce so light and lemony that I didn’t want to waste a drop. Pile on some lightly dressed arugula, with just a hint of bitter bite, and a pile of gorgeous breakfast potatoes and it’s heaven. This is where brunch goes when it’s lived a virtuous life.

Chilaquiles ($15) are a special item. You can’t get them every week, but something tells me these will return frequently to the menu.

Fried corn tortillas are simmered in a spicy red sauce, giving them a tender texture, and then covered in pulled pork, black beans, cheddar and a pair of poached eggs. If everything else we’d ordered was prim and proper, this was like Rick “Wild Thing” Vaughn showing up on a motorcycle with his sleeveless leather jacket, ready to pitch for a down-and-out Cleveland Indians team.

…sorry, I just really love “Major League.” Give it a watch sometime.

The spice was perfect. Enough to dazzle the taste buds, but not so much that you’d have to order a glass of milk to extinguish the flames. The egg yolk and the pulled pork mixed in perfectly and the beans added a nice heft. All in all, a spectacular version of a Mexican classic and one I’d like to see make the regular menu one of these days.

There’s a full bar and general manager Kyle Fleischfresser takes great pride in keeping the wine selection exceedingly well curated. If you want a cocktail to go with your cocktail casual dress, you’re in luck.

One word of advice: reservations. Okay, maybe a few more context words of advice: you should make reservations. Whatever problems The Coach House had filling its dining room, The Hutch doesn’t share them. Sunday brunch gets packed in a hurry. One taste and you’ll understand why.