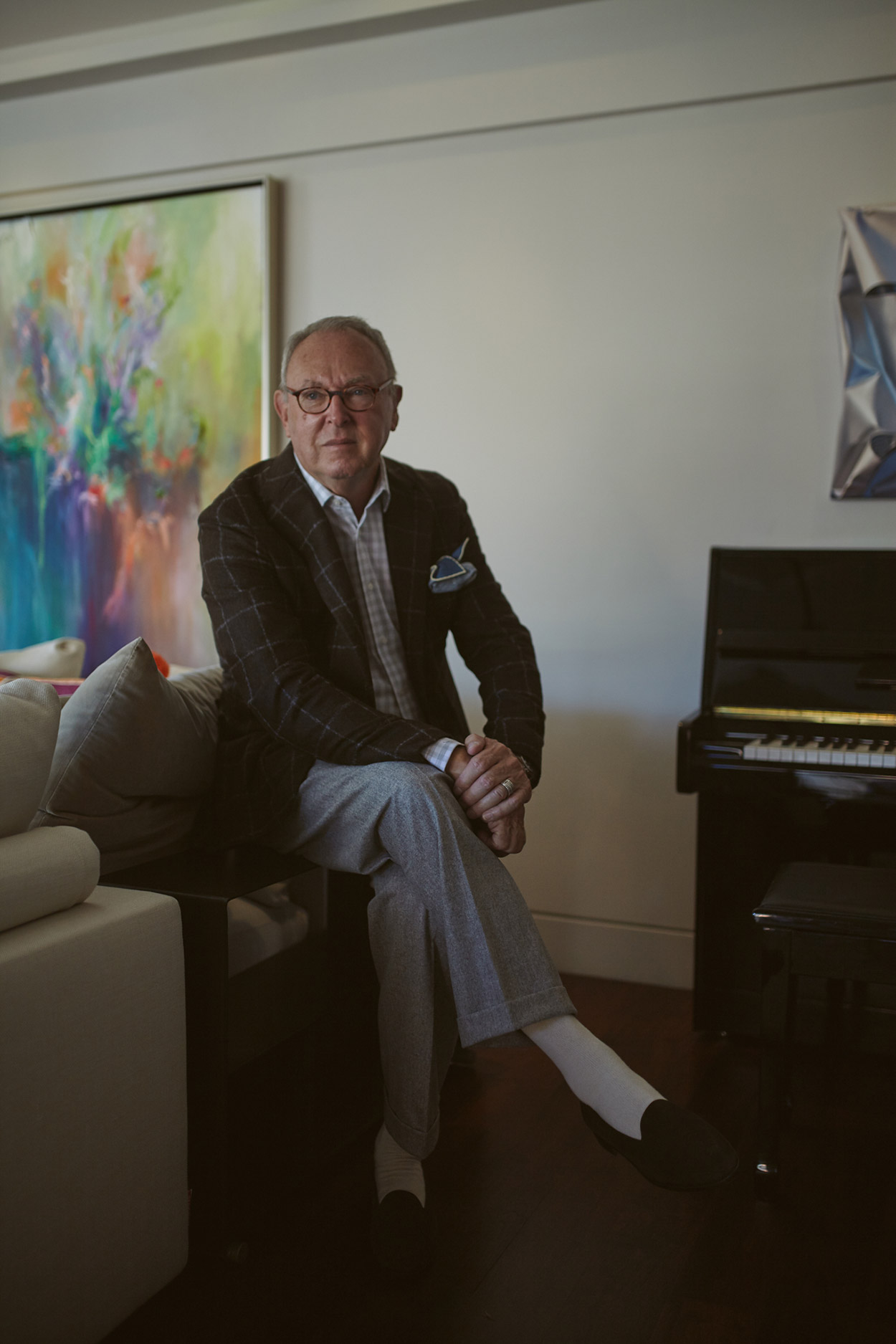 The measure of a man’s confidence isn’t in his appearance, but appearance is a good indicator of confidence.

Stan Stoner is a man who knows the importance of looking his best.  From his days as a Drill Sergeant in the U.S. Army to his 50-year career leading his own advertising agency and into retirement, Stoner said he has learned the value of dressing well.  Being a natty dresser was an asset in the boardroom — a secret weapon that projects confidence in a business that demands it.  There’s a mental edge that comes from walking into a room and knowing you look excellent. When the mind isn’t preoccupied worrying about appearances, it allows one to reach a deeper level of concentration.

“That extends to every facet of life,” he said.  “Casual wear doesn’t have to be sloppy.  It can accentuate the person, so when I step through the door I feel like the best-looking guy in the room, even if I’m not,” he said.

Stoner’s secret isn’t much of a secret:  It’s Steven Giles Clothing.  “When running my ad agency, I wore a suit or sport coat almost every day and almost everyone I bought from Steve,” Stoner said. That’s because of the one-two punch of personal service and Giles’ eye for style.

An avid fly-fisherman, Stoner said, “if Steven Giles carried hip waders, he would buy those, too.” But when he left the streams for evenings in Cuba, Belize, the Bahamas and all around the world, his evening wear came from Steven Giles Clothing.  “Whether I’m hunting or salt-water fly fishing or on safari, I want clothes that are appropriate,” the Enid resident said.  “And nobody knows how to dress me like Steve.”

For years, he has built a relationship with Giles based on the shop’s commitment to high-quality pieces and a keen eye for timeless fashion.  It kept him coming back throughout his career and it’s a secret he was happy to share with others.  As a mentor, Stoner has sent many colleagues to Steven Giles Clothing with a simple recommendation: trust the staff.  “Everybody wants to look good, but most people wouldn’t know where to go to find clothes of high fashion that really fit them,” he said.  “Steve has built his reputation and his following through years of work.  He knows you. He knows how you want to look.”

In retirement, Stoner stays committed to looking his best, not because he’s trying to impress anyone, but because looking good is the ultimate sign of respect. And after 53 years of marriage, his lovely wife Bobbie isn’t about to let him dress in anything less than the best.